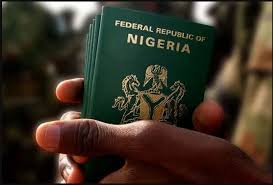 The Federal Government has formally presented the Immigration Regulations 2017 designed to enhance the protection of the nation’s borders from migratory crimes.

Making the presentation in Abuja, the Minister of Interior, Lt Gen Abdulrahman Bello Dambazau (rtd), said the objective of the Immigration Regulations 2017 is to provide a legal framework for the effective implementation of the Immigration Act, 2015, and to consolidate on the existing Regulations.

Gen. Dambazau pledged the full and effective implementation of the Regulations, emphasizing that the Regulations would properly position the Immigration Service in carrying out its mandate, and enhance the ease of doing business in the country.

The Minister noted thatthe numerous provisions of the Regulations would considerably enhance the protection of the nation’s borders and boost internal security, as they would check illegal migrations, trans-border crimes, trafficking in humans and weapons, and movement of terrorists and other criminals.

The Minister disclosed that ICT is also incorporated in the Regulation, as Nigeria is poised to introduce the biometric identity card, in use in ECOWAS sub-region to control and track the movement of people, as well as e-ticketing, which generates Advanced Passenger Information (API) from the point the passenger purchased the ticket, adding that these would build an adequate data bank on migrants and   thereby check the influx of terrorism, and other crimes into the country.

Earlier, the Comptroller General, Nigeria Immigration Service (NIS), Mohammad Babandede, said the Immigration Regulations 2017 provides the legal framework for the effective implementation of the Immigration Act 2015, and pledged the commitment of the Service in implementing and enforcing the Regulations.

He said that until the 21st of May, 2015 when the revised Immigration Act, 2015 was enacted, the NIS had operated with the 1963 Act, its first legal instrument, which was signed by the then Minister of Internal Affairs, Alhaji Shehu Shagari,which had become obsolete and inadequate to handle the modern migration trends.

In an opening remark, the Director Overseeing the Office of Permanent Secretary (DOOPS), Ministry of Interior, Alhaji Muhammadu Maccido, said the Ministry would provide the enabling environment for NIS to fully implement the Regulations.

He added that the Regulation would provide for effective monitoring of immigrants through compulsory registration, with powers to arrest and prosecute illegal immigrants, and called for adequate training of the Immigration officers on the operation of the Regulations to ensure its effective enforcement.

Highlighting the core provisions of the Regulation, Director, Legal Services of the Ministry, Mr Adebola Odugbesan, stated that the Immigration Regulation 2017 provided the legal framework for the 2015 Immigration Act and replaced the 1963 Regulation.

He added that the Regulation consists of ten parts comprising, among others, Entry Into and Departure from Nigeria, Residence and Employment of Foreign National in Nigeria, Control of Crews and Stowaways, Control of Immigrants, encapsulated in the eighty new Regulations.