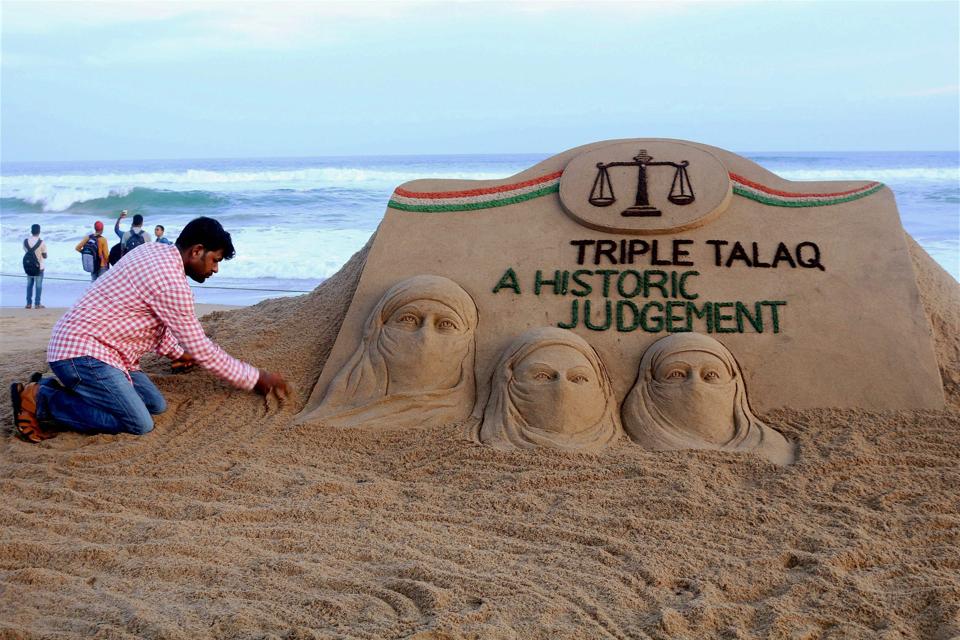 The Supreme Court of India has banned a controversial Islamic practice of instant divorce as arbitrary and unconstitutional, in a landmark verdict for gender justice that will stop Muslim men calling off a marriage on a whim.

In India, Muslim men have been able to end their marriages by saying the word “talaq” — Arabic for “divorce” — three times. They could do this in person, by letter or even over the phone. By contrast, a Muslim woman in India seeking a divorce must generally gain the permission of her husband, a cleric or other Islamic authorities.

The method of divorce was available only to men, who in many cases ousted their wives from their homes without alimony or other financial support. The practice is frowned on by many Muslims worldwide, and the case was being closely watched in India.

In a split verdict, three of the five all-male judges on the case said the practice of saying “talaq”, or divorce, three times in one go – sometimes even over email and WhatsApp – violated women’s right to equality and was not integral to Islam.