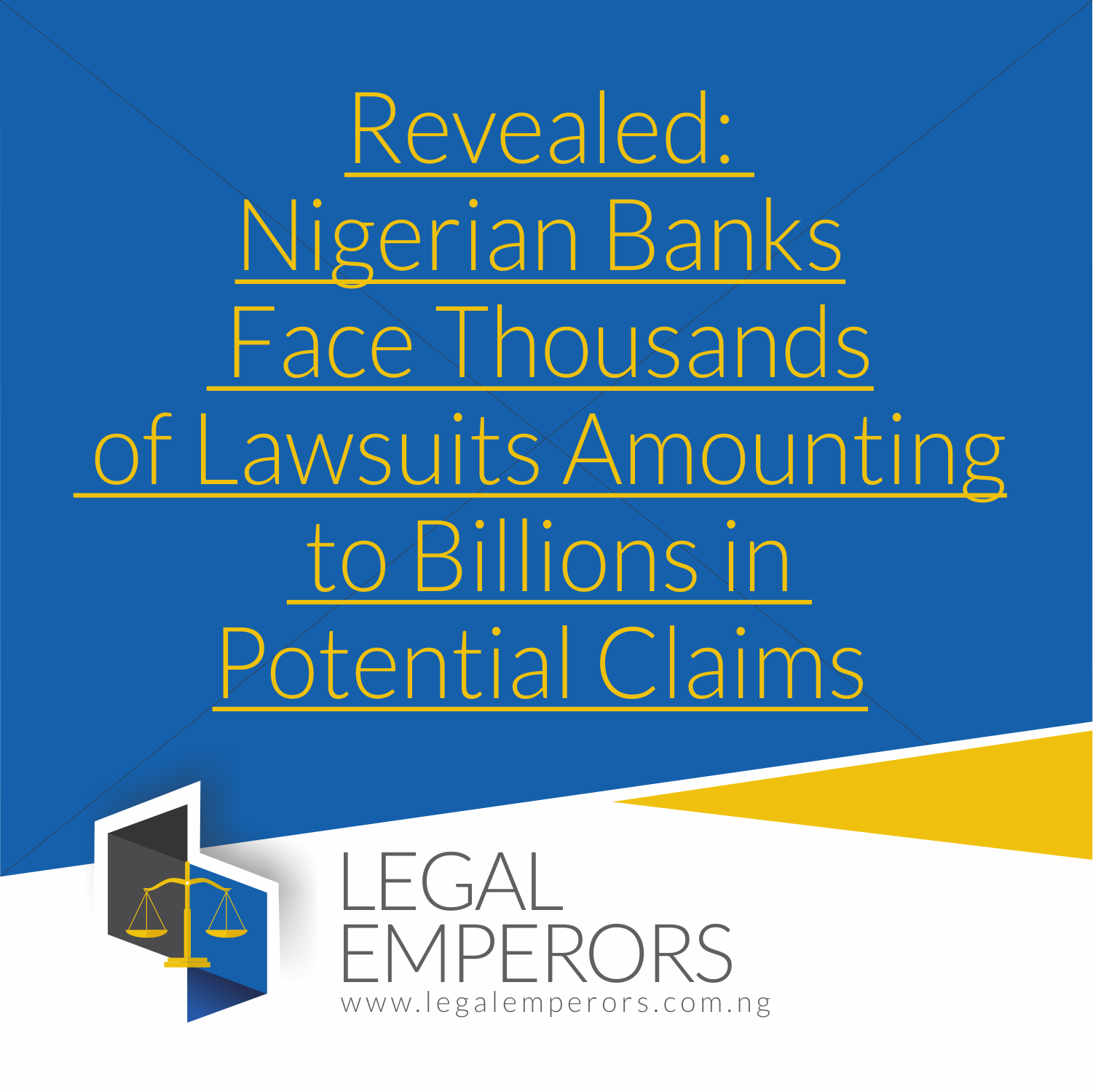 Nigerian Banks face hundreds of lawsuits every year that could potentially cost billions of Naira in claims, according to excerpts from the disclosures in annual reports of the banks. The banks are sued in excess of billions of Naira by their customers, suppliers  etc for various reasons. Some get sued for excess bank charges, wrongful seizure of collateral, contract breaches, fraud etc.

Lawsuit is just one example of some of the risk Nigerian banks face daily requiring that they secure the services of some of the best law firms in Nigeria to help with litigation and contract services. Banks also have a fully staffed legal services department who help protect the banks against risks arising from law suits.

The recent debacle between GT Bank and Innoson Motors which has since taken a life of its own had Nairametrics look into bank annual reports to determine just how much law suits banks face.

As part of their risk disclosures, Banks are by statutory provisions, required to disclose law suits in their annual reports and give an opinion on the severity of the law suit and how much the bank could be made to pay in damages should the law suits go against them.

Here are separate disclosures from the top 5 banks in Nigeria:

The Group is a party to a number of legal actions arising out of its normal business operations. There were contingent liabilities in respect of legal liabilities against the group, for which provisions amounting to N2.91 billion have been made (2015: N542.81 million).

The directors having sought the advice of the professional legal counsel and are of the opinion that no significant liability will crystallize from these cases beyond the provision made in these financial statements.

The directors having sought the advice of professional legal counsel, are of the opinion that no significant liability will crystalise from these cases beyond the provision made in the financial statements.

The Group is a party to numerous legal actions arising out of its normal business operations.

The Directors believe that, based on currently available information and advice of counsel, none of the outcomes that result from such proceedings will have a material adverse effect on the financial position of the Group, either individually or in the aggregate.

The Group is presently involved in 133 litigation suits in the ordinary course of business. The total amount claimed in the cases against the Group is estimated at N18.32 billion (31 December 2015: N11.68 billion).

The actions are being contested and the Directors are of the opinion that none of the aforementioned cases is likely to have a material adverse effect on the Group and are not aware of any other pending or threatened claims and litigation.